Let’s jump right into it Lew.  What do you believe are the four keys to success in consulting? 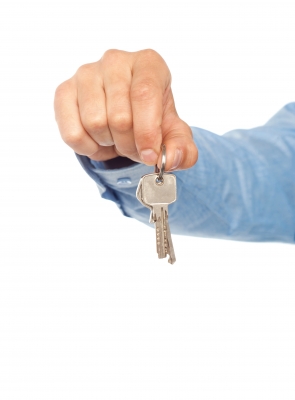 Well Jeff, it’s what I call the four C’s of consulting.  That seems to fit well since consulting starts with C.

First and I believe the most important is Communication.  I think it’s very difficult, if not downright impossible to be a good consultant if you don’t have excellent communication skills.

We did an entire podcast on consulting communication skills which was posted on September 6th of this year, and I would refer people back to that podcast rather than rehash everything that we said there. But I would like to talk briefly about the importance of communication. We talk a lot about first impressions and how important they are.  That’s a communication process.

When you walk in to a room, how you look and act gives people an immediate impression regarding whether they want to work with you or not. Studies have shown that your visual presence communicates 55% of how people perceive you versus 20% of your auditory communication – what you actually say.

That means that how you walk up to someone and the expression on your face communicate all most three times more than the words you say to them. Aside from that, the standard forms of communication, how we speak and write are very extremely too.

A good consultant has to be able to sell solutions to a client, solve problems, and present the solutions to those problems in a way that convinces the client to implement them. That consultant needs to be able speak and write effectively enough to do that. So communication is the first key C for success in consulting.

The next success dynamic is confidence.  Again, we did a podcast on confidence as a consultant which was posted just last week, so I again don’t want to repeat everything we said there either, but I do want to make some key points:

So the first two C’s are communication and confidence.  What is the third key C for success in consulting?

The third C is Client-focus.  A good consultant is focused on the client and their business. This is important from the beginning, when you’re selling to them, all the way to the close of a project.

If you are truly ‘client focused’ you probably don’t need to say those words – you just are!

For instance.  I was taught early in my career that to sell to the client you first had to be familiar with your firm’s offerings.  Then, when you saw a problem that the client needed solving, you could mention to them that your firm offers such-and-such a service which could be to their advantage. Then, your firm brings in a big team of people – the “proposal team” – and essentially tells them “we have all the answers, just sign on the bottom line”.

Well that’s only partially true.  You do want to be familiar with your firm’s capabilities and service offerings, and you do want to keep your eyes open for problems your client may be having, but to be client-focused, a good consultant doesn’t come in with the pre-determined solution in mind.  That’s more consultant-focused.

A client-focused consultant will dig deeper into the client’s problem and try to understand it well before discussing solutions. Then, they focus on the best solution for the client.  That may be within the consultant’s capabilities and it may not. But the key is to stop thinking about selling and just help solve the problem.  You’ll probably find that they’ll begin coming to you with their problems and you won’t have to watch so closely for them.

And it goes well beyond selling.  While you’re serving the client on a project, if all you focus on is the hours burned and keeping your delivery costs down, you’ll end up in a constant battle with the client based on your different priorities.

But if you find out what the client is focused on – how they define success for the project – and focus on that, then you’re going to have a satisfied client.

You may end up spending incrementally more of your firm’s energy and time to deliver that project, but if you were customer focused and put forth the effort to meet their success criteria, then again, they’re going to start coming to you for additional work because of the way you focused on their priorities.

So that extra time you spent delivering some of your projects makes up for itself in the extra time you won’t be spending trying to sell to them.  They’ll just start coming to you anyway because of the trust you’ve developed.

The client focused approach that you describe is something that we read a lot about these days. Do you think it’s the way all firms will do it someday?

I’d love to think so.  It definitely seems to be gaining steam.  There are several best-selling books out there that describe this approach and I’ve seen a number of firms that have adopted it. But every firm I’ve ever worked with has claimed to be client focused.  I think you’ll see that there are a lot of old dogs trying to learn new tricks.  And it’s a tough habit to break. But if they find that they’re losing clients to firms using the new approach, they may end up giving it a try.

The problem is, you don’t just give client-focused a try.  It’s not a process.  It’s a principle that you believe in and follow. It should drive everything you do. A customer focused consultant doesn’t stop and think about the ROI of being customer focused in their next client meeting. It’s a leap of faith that you do, knowing that it won’t always pay off, but that it will in the long run.

OK, we’ve talked about communication, confidence and being client-focused, what is the fourth and final key C for success in consulting.

Jeff, the fourth C is creativity.  I honestly don’t think you can do the other Cs well without being creative.

If you think about every problem you incur and just try to solve it the same way you did last time, you may just be getting things out of the way rather than actually solving the problem.

For example, in my experience as an IT consultant, at one client I worked at, we had an issue where every time we tried to deploy our code to an environment, we ran into problems.  There were so many manual steps that something was forgotten, and it wasn’t done the same way two times in a row. And every time it happened, we solved a different problem. We finally got everyone together to talk about the number of problems and the amount of time we were spending on all of these issues.

We brainstormed about some ideas and came up with an approach to automate as much as we could with the migrations and then created some checklists and descriptive verbiage that would help the team perform the manual steps.

The result was a significant reduction in issues.  We found that, as we suspected, the number one cause of issues was human error in the inconsistent way the team did things.  By automating and standardizing the checklists, we solved the bigger problem. Instead of just solving the small problems over and over, we changed our thinking and solved the problem from a different angle.

We didn’t paint any pictures or create any beautiful music.  We just got a little creative about the way we looked at things. Successful consultants use creativity every day just to look at things in a different way and give their clients a new perspective.  That’s really what problem solving is all about.

It seems that creativity is the one thing that scares a lot of people away.  They say that they’ve never been creative and don’t really give themselves a chance.

That’s true.  I used to fall into that trap.  I was a computer science major and pretty much of a ones and zeros kind of guy. I was never into artsy things and never considered myself creative.  I always figured that was somebody else’s role. But then I took a class on marketing. And they talked about group dynamics and brainstorming and even playing music to get people in to creative thought modes.

I also learned that creativity is not about being artistic. To me, it’s about avoiding getting in a rut.  I read a book on creativity once and it suggested taking a slightly different route to work each day.  I tried that and was amazed what it did to bring me out of the same-thought process.

My final thoughts on this topic are something of a disclaimer.  I’ve neatly summarized success in consulting into four concepts. But I would caution anyone joining the world of consulting from thinking that this is all you have to do to be successful in consulting

As we’ve mentioned before, there are a lot of factors that go into being successful.  My book actually gave 101 tips.  So I just want to make sure that someone listening to this doesn’t say, “Oh, all I have to do is these four things and I’m there”. I do believe though, that these are four of the key principles you follow while you do everything else.

Next topic: The consulting case interview